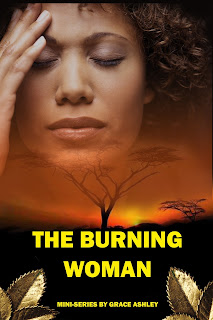 “I can’t wait until Monday!” Morris Jnr says as we exit the city department store. The bag of brand new school uniforms dangles from his hands. He wouldn’t let me carry the precious cargo.
“Did you see the school grounds and all the equipment they have?”
His excitement brings a smile to my face.  “School is not all about play you know.”
I walk faster to keep up with the exuberant teenager. Morris Jnr is now thirteen years old. I’d been promoted to senior nurse. With the promotion came many added benefits but the biggest was the transfer to the bigger city general hospital. Morris had transferred to a new more sophisticated school.
She’d laughed when he had stared at the tall skyscrapers with bugging eyes. That’s how I must have looked the last time I was here, I thought. The city was a far cry from our humble village, as different as night and day.
Morris Jnr has taken to city life like a duck to water. He has already made new friends in the short time we’ve been here. I was worried about uprooting him from the village but now I see I needn’t have worried. We’re going to be just fine.
Later that day, we sit across from each other enjoying an early supper. The house I got with the new job is small but sufficient for Morris Jnr and I.
“Now that we have a house in the city will father come and stay with us again?”
There goes my good mood. How do you tell your child that his father will not come and stay with him because he has another family. It’s been a couple of years but Morris Jnr believes naively, that his father will return. For his sake I hope the pink tinted glasses wear off sooner rather than later.
“Morris you know that your father is with Onicca now,” I say softly.
“But we’re his family too,” he insists. “Father said I could visit him when we moved to the city.”
“I’m sure your father will come and collect you when he is ready.”
“I have his address why can’t we just go there on Sunday?” he says, his guileless eyes stare accusingly at me. “It won’t cost much, just two dollars. We’ll need two kombi’s to get there.”
“Two dollars? Morris who have you been talking to?”
“I asked Tapiwa and he told me where to find the kombi’s.” His eyes slide away to his plate. The silence is thick with tension.
“Your father will collect you himself and that is the end of it!”
“If you won’t take me then I will go by myself,” he bellows loudly. His chair crushes to the ground when he stands up. His jaw hardened by steely defiance. A sheen of tears glitters in his eyes before he flies from the room.
Huffing out a great breath I clear the table and right the overturned chair. On my way to my bedroom I stop at Morris Jnr’s door and hesitate. I can hear quiet sobbing coming from the other side. I knock but don’t hear anything anymore.
Eventually I push the door open. A blade of light pierces the dark room. The sniffles have stopped and all is silent. His face is shrouded in darkness but I know he is not asleep.
“He will come soon...”