A Testament of Steel by Davis Ashura
My rating: 5 of 5 stars

A Testament of Steel is an epic fantasy by Davis Ashura. The story opens in a small village where Cinder Shade and his parents work as farmers. His parents are killed by an aether crazed snow tiger. During the attack he escapes death but loses his memory, family, and finally his home. Due to the nature of their world which does not make allowances for the idle Cinder finds himself placed in an orphanage in Swift Sword city to earn his keep. Not long after he distinguishes himself as a fighter. His dream to join the most elite force in the land, the Third Directorate, is much closer if only he can beat young men who have spend most of their lives training for the same honor. But Cinder has a secret. Ever since his near-death experience, he’s been plagued by the memories of an older man. A warrior.

Davis Ashura is a talented writer and A Testament of Steel is a masterpiece. I loved the characters in this book most especially Cinder. He goes on the hero's journey but it’s filled with unexpected twists and turns that leave you wanting to know what happens next. Davis Ashun takes a young man who seemed to have a bleak future and turns his life into an epic adventure. I felt like I was a part of Cinder’s every victory. For someone looking for an Eragon type hero minus the dragons, this is the book for you. There are some super scary giant spiders that can open a man’s gut in one blow. Not to mention the other horrors the good guys have to vanquish. This book is romantic, blood and gore, sword fighting fantasy buffet. I can’t wait to read more of Cinder’s story in the next installment. The Memory of Prophecies is on my to-read list.


Book Summary
A young man with no past must progress into a warrior out of legend.Cinder Shade’s life begins on a fateful afternoon at the bottom of a well where he awakens, bruised, battered, and bereft of all memory. His only understanding is a driving imperative—to protect those who can’t defend themselves and become a warrior worthy of the name.He discovers within himself a peculiar gift, one in which the codes of combat are made evident and the language of steel is made clear. When he earns a place at a prestigious elven warrior academy, Cinder fights to enhance his knowledge and perhaps even humble the proud elves who believe no human is their equal.His hard-earned skills are put to the test when strange rumblings emanate from deep in the Dagger Mountains. Monsters out of myth emerge. And so does something far worse . . .An ancient god. The world believes this deity long dead, but he is very much alive. And he remembers his enemies all too well. Even if they don’t remember themselves.
View all my reviews
Posted by Grace Ashley at 06:28 No comments: 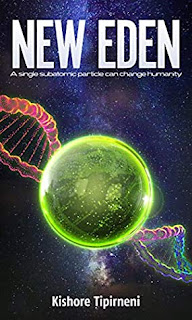 Posted by Grace Ashley at 02:17 No comments: